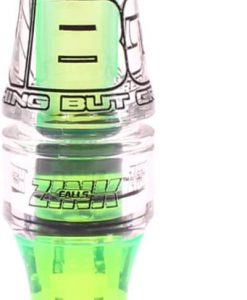 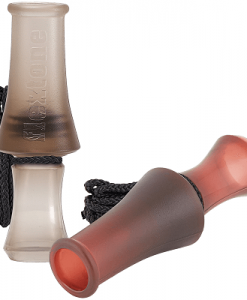 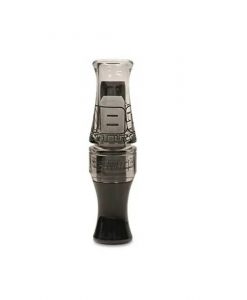 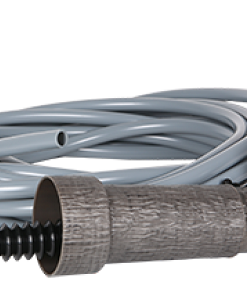 Flextone Game Calls was established in 1997 when Tom Wiley the founder of Flextone game calls, while working as a Registered Nurse in the Emergency Room, transformed a piece of surgical tubing into a more natural sounding duck call.

As a lifelong hunter, Wiley was always looking for a more natural sounding game call. He realized that you could produce a more natural sounding call by building a call out of materials that more accurately imitated the soft flexible tissue in the vocalization anatomy of a game animal. Animals produce sound by vibrating vocal cords in a hard cartilage voice box called a larynx or syrinx depending on the type of animal. The sound generated in the voice box then travels through chambers of soft tissue in the neck and mouth and eventually out of the mouth of a game animal. It is in these soft flexible chambers that animals give inflection and meaning to the vocalizations they make.

Flextone Game Calls are designed to more accurately mimic the anatomy of a game animal by using both hard and soft flexible parts. They incorporate a hard plastic or metal tone-board with reed to imitate the voice box and vocal cords while using soft flexible chambers of plastic, vinyl, or rubber to imitate the soft tissue chambers of the neck and mouth of an animal. The design produces a truer, more natural sound as well as giving the user more control of volume, tone, and inflection just like the animals they were designed to imitate.

The design is also nearly silent if accidentally contacting your gun or bow while in the field. Flextone now has a full line of deer, elk, predator, turkey, and waterfowl calls using this patented technology.