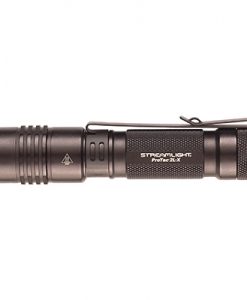 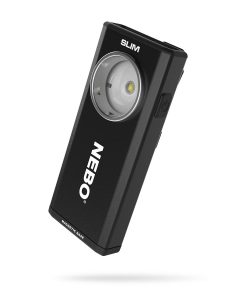 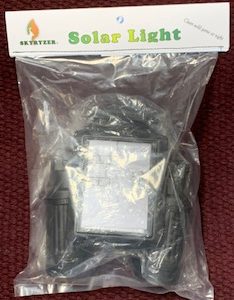 Utilizing a slightly larger size body, the HP14 Flashlight is able to run off AA batteries and achieve the brightness and power that professionals crave. It combines Coast’s Pure Beam Focusing System with Slide Focus with high, medium, and low output modes to illuminate with either a super wide flood beam or spot mode with transition halo at varying distances and brightness all controllable with one hand. It’s anti-roll tailcap allows you to set it on uneven surfaces without rolling off and it even allows you to stand the light up on its cap for vertical lighting situations. With Coast’s commitment to quality, the HP14 Flashlight is impact resistant, weather resistant and its LED is virtually unbreakable.

What do fish have to do with Coast? Actually, a lot. Established in 1919, Coast has called the Northwest home ever since Henry Brands founded the company near the banks of the Willamette River in Portland Oregon. Over the years, Coast has continued where Henry left off — making tools for professionals and those who work like professionals that make their tasks safer, easier and more enjoyable.

Shortly after moving to Oregon, Henry Brands worked as a sales manager for a large wholesale hardware company, traveling to towns of all sizes throughout the Northwest selling hardware—including cutlery—to local merchants. After seeing firsthand that the fillet knives he was peddling were wholly inadequate for gutting the Pacific Northwest’s 50-pound chinooks, Henry Brands had a better idea. He teamed up with a local metal smith to design and fashion a new fillet knife. This new tool was stiffer, had a thicker blade and featured a metal scoop on the back. Now slicing, cleaning and filleting could be done with one tool.

Henry sold these new Salmon Fillet knives out of the back of his Model T along with his other hardware items. As word spread about this new Coast fillet knife Henry couldn’t keep up with demand. In 1919, Henry Brands went into business for himself and officially started Coast Cutlery Co.

The company continued as a small specialty manufacturer through the next three decades. In 1952, shortly after World War II, Henry W Brands Sr. passed Coast Cutlery to his son Henry Brands Jr. Henry Jr expanded the company significantly from 1954 to 1980, adding many new products including scissors, shears and kitchen cutlery. He also expanded the company geographically from the Pacific Northwest, through California and out to the Rocky Mountains.

In 1983, Coast became a pioneer in the multi-tool business. David Brands designed and developed a new line of compact pocket tools. These tools included pliers, scissors, screwdrivers, wrenches, saw blades, files and more. Today, the company is one of the world’s largest manufacturers of multi-tools under the names Pocket Pliers, Pro Pocket Pliers, and Micro-Pliers.

Product innovation continued into Coast’s newest product line—LED flashlights. Staying true to the company mission, COAST began producing LED lights that made people’s jobs and recreation easier, safer and more enjoyable. Patented optic systems and advanced electronics are what make Coast professional LED flashlights some of the brightest and most functional in the market, and are why Coast is the market leader in this space today.