If you’ve been hunting for twenty years like I have, you have doubtless noticed the impact that technology has had on the hunt.  There are many examples of this such as new clothing and so on that is available today, but I’m specifically talking about game cameras here.

Game cameras have definitely changed the game, and some people say that they go too far.  They say that they take away the sport and if you use them you are somehow less of a hunter.

Game Cameras Are Only One Element of the Hunt 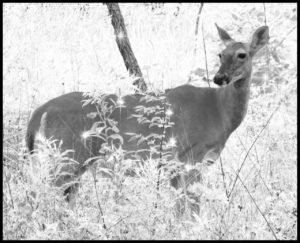 I have to disagree with these folks.  I’ve been hunting for a long time, and I can tell you that there are a number of different factors involved in a successful hunt.  Using a game camera to locate and track your quarry does not make you any less of a hunter.

Trust me, the game that I hunt is more than able to avoid being taken even when I do use game cameras.  There is still a great deal of skill—and yes, I’ll admit it, some luck—involved in a successful hunt.

Game cameras are great tools to use on your hunt, and they can help you reduce the amount of time you might otherwise waste in looking for game that simply isn’t there.  They can help you narrow your window of encounter, meaning that you are more accurately able to predict when and where you will find game.

Take a look at our game cameras, and see what works for you.  You’ll find them to be of great help to you in your own hunting endeavors.