I like to hunt.  I’ve grown up hunting, from the time I went on my first hunt at 8 years old until the time I took my grandson on his first hunt when he was 8 years old.  In between those two bookends I’ve spent more time hunting than I could possibly count, and I’ve had many, many great experiences (and some not so great ones!).

One thing I’ve learned is the importance of having camo clothing available to you at all times.  When you come from a family of hunters, like I do, you never know when someone is going to suggest a hunt just at the spur of the moment.

Having Camo Clothing in Your Wardrobe is Important 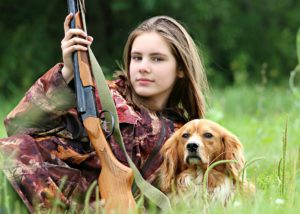 Let me tell you a story: when I was 34, I went on vacation with my wife.  We ended up going to a place in Maine.  There was a lodge in the little town where we went, and one evening I spent a few hours in there swapping stories with the locals.

One of the guys was an older gentleman—he was probably 65 or 70 years old—and after the evening had started to wind down, he told me that he owned a large tract of land just outside town.  He told me that if I wanted to come visit the next evening he would be happy to take me hunting.

Now, at that point in my life, I had not learned the importance of having camo clothing in my wardrobe at all times.  So I wasn’t really prepared to go hunting.  To make matters worse, we were in a small town in the middle of nowhere, meaning that I couldn’t just hop over to the sporting goods store and pick up a set of camos.

So I showed up at this gentleman’s house wearing blue jeans and a flannel shirt.  He took one look at me and motioned me to follow him.  He had an extra set of camo clothing to lend me, but I learned a valuable lesson: always be prepared.

Take some time and browse our camo clothing.  If you have any questions, please, feel free to ask.